They say that the world’s largest migration happens during Chinese New Year and they aren’t wrong. This year was no exception and many people were stranded due to the exceptional cold weather we had at the end of January. 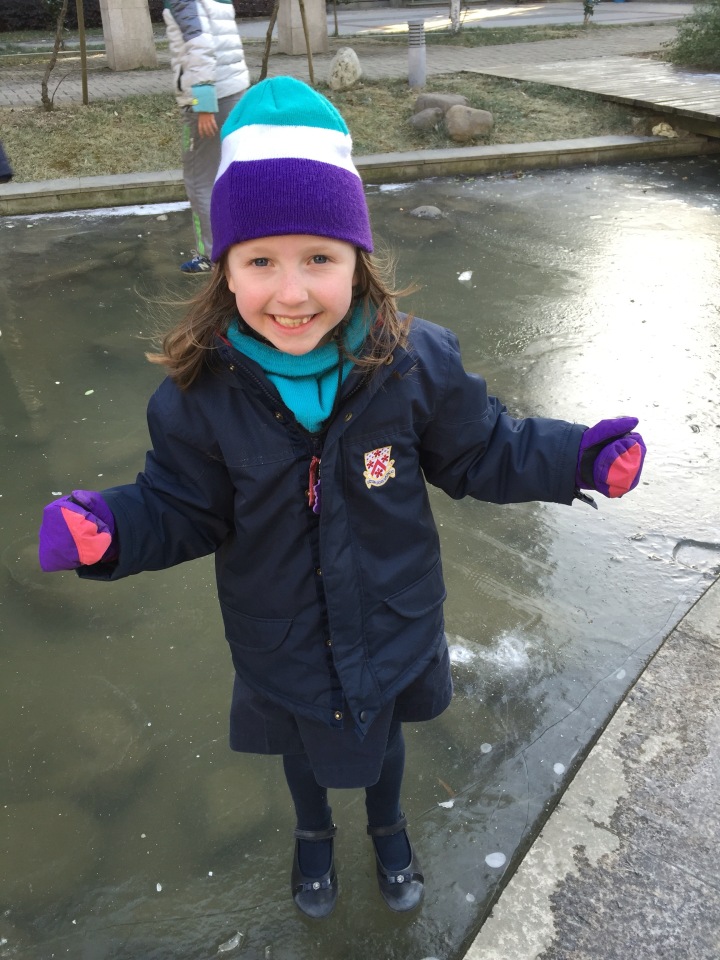 (standing on our frozen compound pond) So it was lucky really that we escaped to the heat. What better way to celebrate the incoming year than to go see some relatives of the Monkey. 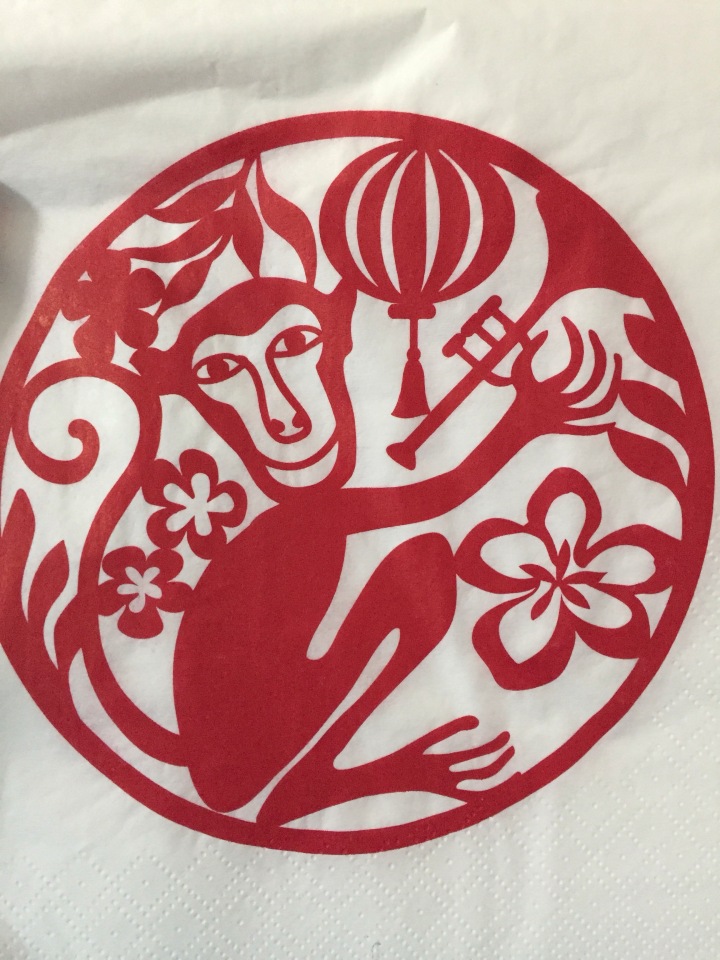 During the last week of school Martin and I, along with all the other tutors in school had lunch with our tutor groups. A pre cursor to the lunches/dinners our students would be sharing at home over the Chinese New Year festival when families travel to be together. We also had our staff party which was held in our school canteen. It was a lovely affair with good food, and not the usual school lunches we are now used to. There was entertainment from the Chinese staff, and expat staff! Martin and his colleague Steve played viola and guitar together in a surprise performance (Martin didn’t tell me he was playing!)  and Eleanor and her friends of other staff members also took to the stage/hijacked the microphones and sang Chinese songs they had learnt at school. 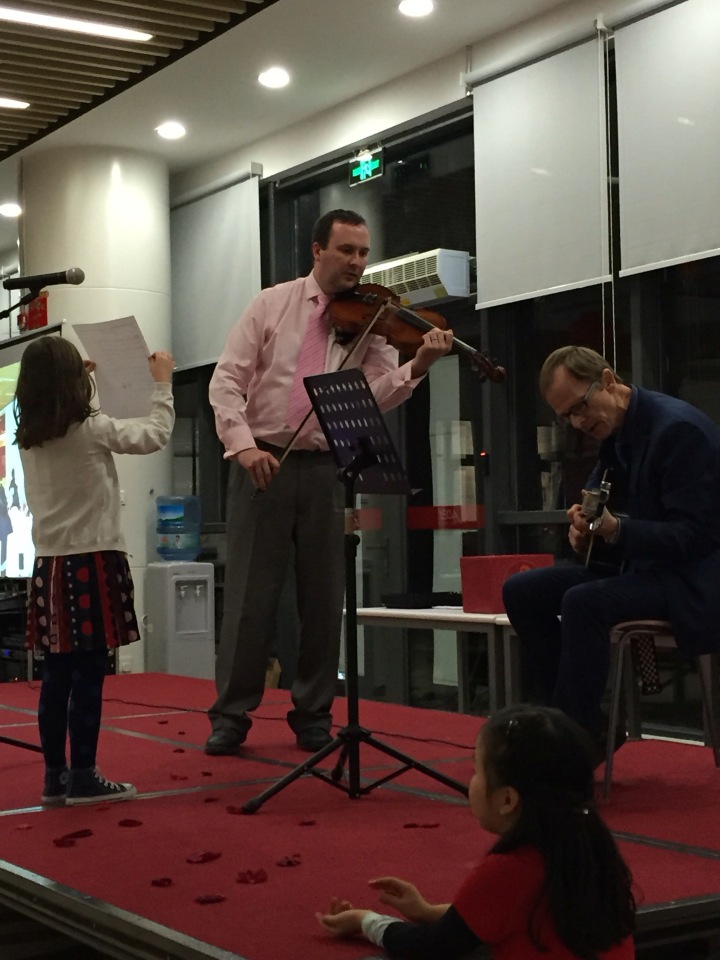 and there were games. As a table we had to collect different items and we could find the items from anywhere in the school. From glue to nail clippers to a blue scarf, the items were either ordinary or obscure. Our table didn’t win but we certainly had fun and got fit by running up and down the stairs to the staff office in an effort to find items.

And there was a draw. I got a voucher for 500RMB which was a lovely surprise. Our friends who run the boarding house (which has purified air) won (and subsequently sold) an air purifier. Surplus to their requirements. One of our chemistry teachers  won a mini ipad subsequently given to her daughter and our science technician won an iphone 6 and gave that to her mum! All the prizes were given by the companies who provide services to the school. 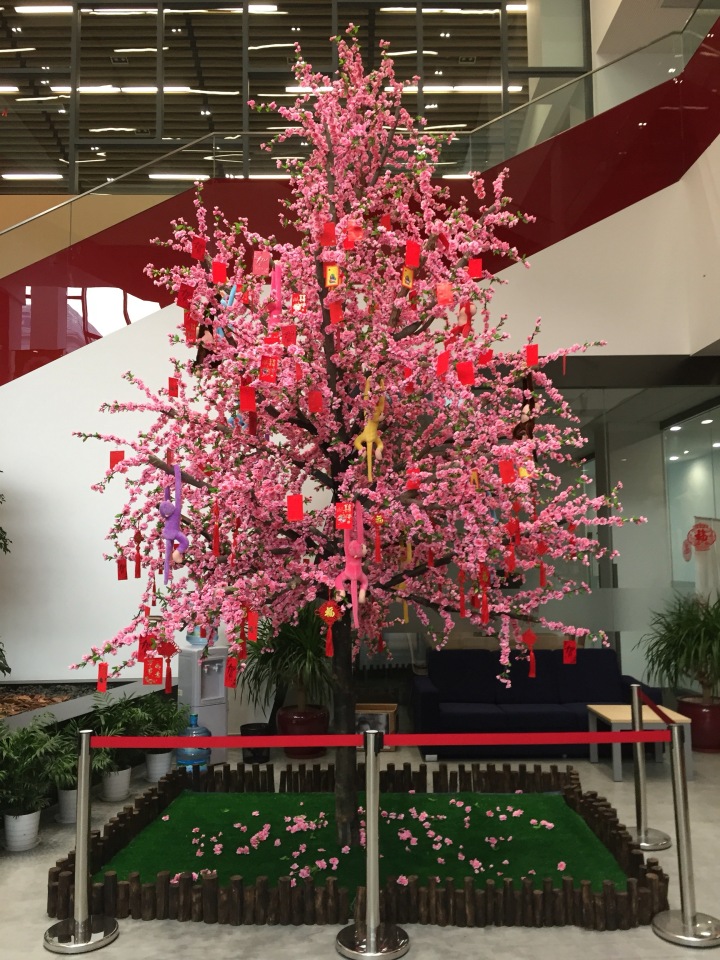 Our school also put on a Chinese Cultural event for our Year 10 students and staff. From engraving a walnut to playing a Chinese traditional instrument there was something for everyone. Eleanor and I stuck to paper cutting and made “double happiness” a traditional cutting given to newly weds and then we drew it with hearts. 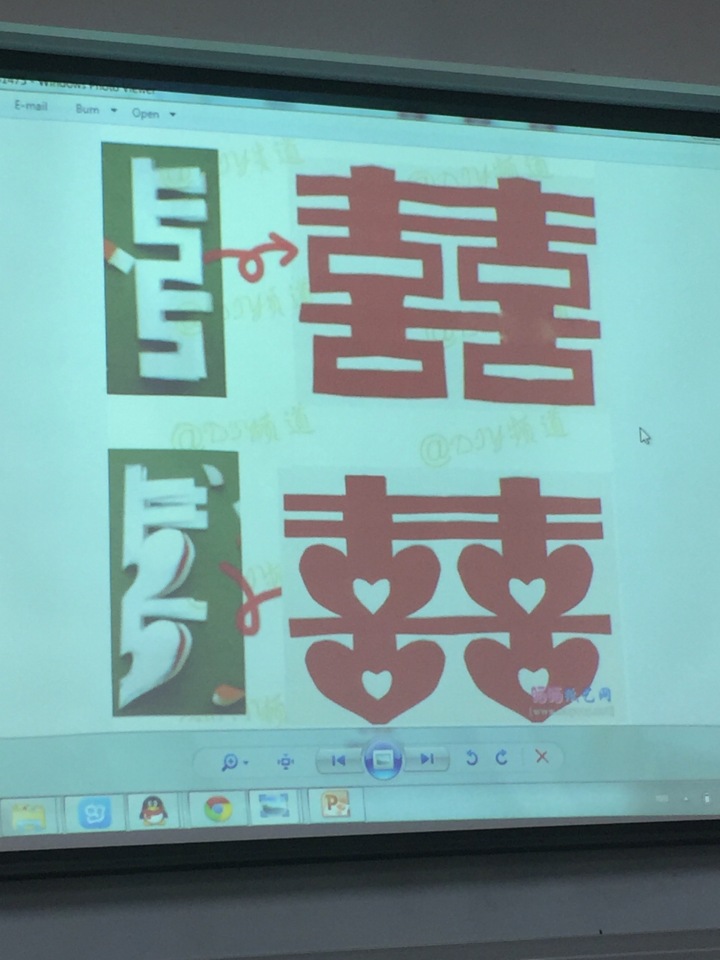 wore a qipao dress, watched taiko drumming and then the next day participated in an event raising money for Wuzhong Orphanage. For weeks the children of Year 1 and 2 planned and made items to sell at a charity fayre. Eleanor and group of her year 2 friends decided to make hairbands. For 10RMB you could buy one designed and made by them or for 20RMB you could design and make your own. 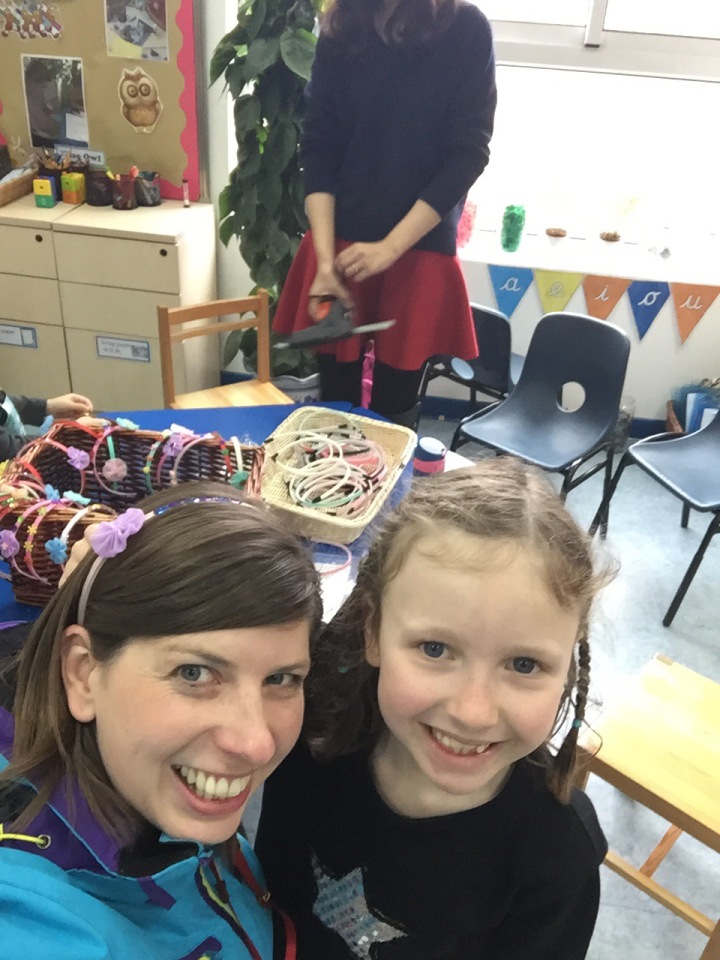 Other things to try across Year 2 was the Yucky Dip, kick at the goal, handwoven bracelets, pizza, juice and  decorated shortbread (yummy but the psychedelic  design could have put potential customers off). All in all they were extremely dedicated to the cause and raised over 18000 RMB, of which about 700RMB was made by the hairband stall!

If that wasn’t enough to tire these kids out, that afternoon they had the Chinese New Year party. Organised by the class rep, Laura, the children made monkey masks and spring blossom pictures. A good afternoon had by all. 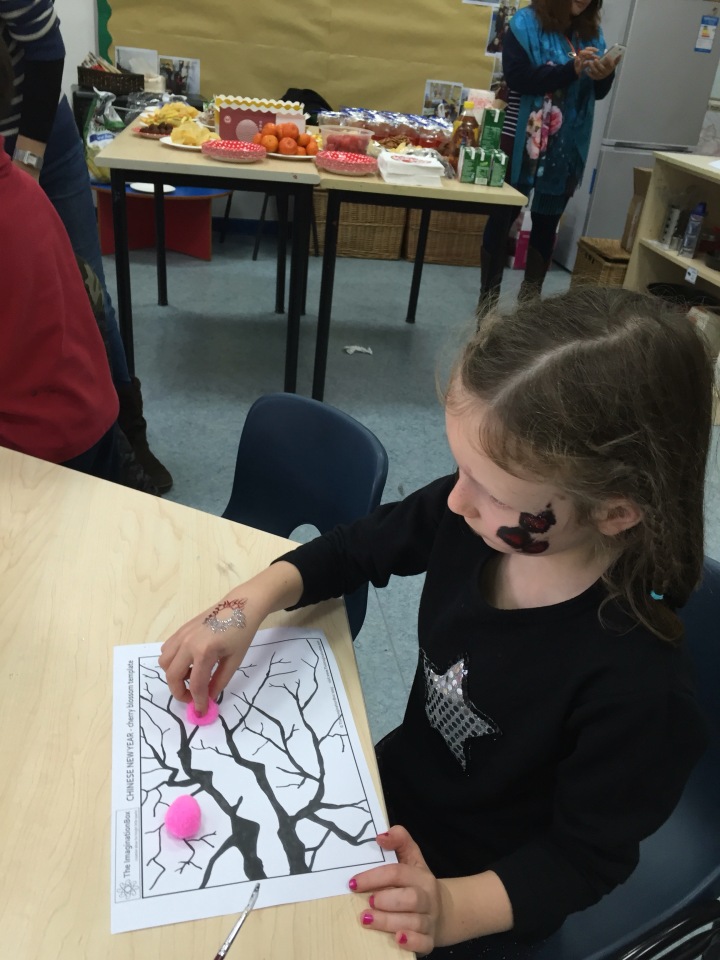 The Monkey is the ninth animal in the twelve year cycle of animals which appear in the Chinese Zodiac related to the Chinese calendar. This “year” will run from 8th February 2016 to 27th January 2017. In Chinese astrology, each year is associated with a Chinese zodiac animal sign and one the Five Elements: Gold (Metal), Water, Wood, Fire, or Earth. Both the sign and element of your birth year are said to affect your personality and destiny. Element-sign combinations recur every 60 years.

(Information from Wikipedia and chinahighlights.com)